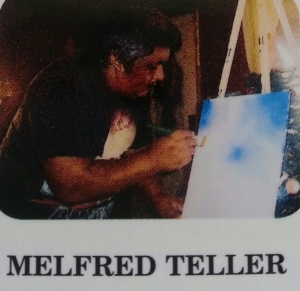 I guess we all have hidden secrets about things we like to do that may conflict with what most people would expect us to like. Mine is motorcycles: specifically Harley Davidson motorcycles, as they are Made in America and give me the sense of feeling free and running with the wind. Sound crazy? Actually my cousins Frank and Michael who live in Florida both have Harleys and whenever I visit Tradewinds Farm, it is a MUST to take a ride. 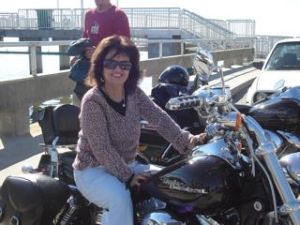 We usually head to Cedar Key, a beautiful fishing village about 20 miles away. A wonderful thing about being on a Harley is that you are capable to see nature right up front and all around you from beautiful birds to fish in the rivers and even animals
(must admit we spotted an alligator once but he never came close!!!)
When I first became acquainted with the greeting cards produced by THASC, this one jumped right out at me and I could think of a zillion friends I wanted to send it to.

I must have a dozen T-shirts from Harley stores. “Live for the ride” most of them say. I started collecting all things “Harley” many years ago. Among my collection is a Harley motorcycle alarm clock THAT HAS BLINKING LIGHTS and wakes you up with a roaring “Let’s Go!”. I also have a wall clock that roars on the hour (if you leave the switch on!) and has little paintings of Harleys by the year on each number! They are both conversation pieces when people stop by. 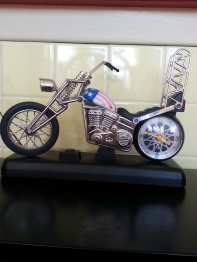 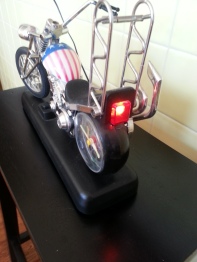 In 1987 half of all Harley riders were under age 35. Now only 15% of Harley buyers are under 30 and the median age has risen to 46.7. By 1997, the median household income for those riders had more than doubled to $83,000. (see note 1 below). HD supplies many police forces with their motorcycle fleets. (see note 2 below). Motorcycles have clearly become the transportation of choice for many business professionals and it is not uncommon to see doctors, lawyers, and businessmen now riding to work on their Harleys.

On October 13, 2004, more than 100 years since its founding, William S. Harley, Arthur Davidson, Walter Davidson, Sr., and William A. Davidson, its founders, were inducted into the Labor Hall of Fame for their accomplishments for the Harley Davidson Company and its workforce.

In the late 60’s Steppenwolf’s Born to be Wild became the ode to bikers everywhere in the Peter Fonda/Dennis Hopper movie classic Easy Rider. As the song goes:
“Get your motor runnin’,
Head out on the highway,
Lookin’ for adventure
And whatever comes our way…”

Milfred Teller has made that song come alive for me in this wonderful THASC greeting card and has inspired me to relive those Born to be Wild years. Get that motor runnin, cousin Michael. Coming to Florida soon!

Have a safe, fun weekend.
See you Tuesday.
-Maria